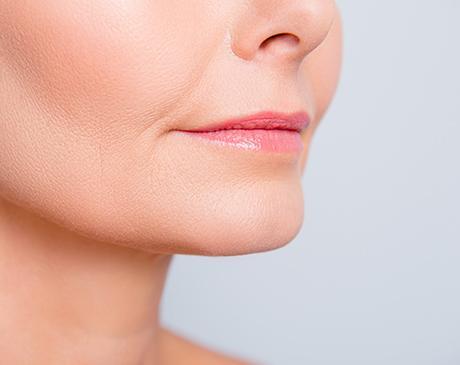 The chin, like the cheek, is very 3 Dimensional. Even though reduction is easily performed, many men request augmentation or enhancement. Using careful analysis and photography, the surgeon and patient together can determine the extent of augmentation desired as well as the dimension and vector  of the change to be made.

An implant, which is placed through a hidden incision under the chin, is the most commonly performed type of augmentation.  There is a large variety of implants that are available depending on the patient’s anatomy and desired result. The procedure can be performed under general or local anesthesia.

Jaw augmentation procedures are a great way to enhance the definition of the angle of the mandible along the jawline. A person with a weaker jawline gains great benefit from this as it not only strengthens the appearance of the jaw, but it creates a more refined jawline and neck. Jaw augmentation can be accomplished with implants through hidden incisions in the mouth or with Facial Fillers as with other areas in the face. Both have been used to achieve significant, natural and results that are liable.

ARE THERE RISKS OR SIDE EFFECTS?

As with any surgical procedure, cosmetic chin surgery can carry risks. Before deciding to undergo this or any aesthetic procedure, a patient should understand the risks associated with it. Although rare, these risks and complications exist, have been described and may occur even in the best of plastic surgeon’s hands.

Side effects are different than risks because side effects are normal conditions that are expected after chin or jaw plastic surgery. Every patient experiences swelling of the chin area after such a surgical procedure. This swelling may be more prominent on one side lending an initial asymmetrical appearance. As swelling slowly decreases over the first 7 to 10 days the area will even out. Bruising is common and can vary from minimal to a “black and blue” appearance, usually on the sides of the chin. Puffiness and bruising are both always self-limited and will finally disappear shortly. Most people feel comfortable publicly 7 to 10 days after their chin procedure. Sometimes the chin and lower lip are numb which is common as long as some aspect of sensation is maintained.

WHAT IS A CHIN/JAW AUGMENTATION?

Chin augmentation or jaw augmentation is a surgical procedure performed to correct the appearance of an imbalanced jaw. It also helps achieve a desirable look like a stronger jawline for men, or a more defined jawline for women.

HOW IS A CHIN/JAW AUGMENTATION PERFORMED?

A chin/jaw augmentation procedure is usually accompanied by a local anesthesia or a general anesthesia, depending if other procedures are combined. The procedure itself takes about two to three hours, with incisions placed either inside the mouth or under the chin. The implants are then screwed into the jawbone to attach it properly, and permanently.

WILL THERE BE SCARRING AFTER A CHIN/JAW AUGMENTATION PROCEDURE?

Yes, but depending on the incision technique used, the scarring may become visible or not visible. If the incision was made inside the patient’s mouth, the scars will not be visible. Other than that, a scar should be in place but will be hidden under the chin.

WHEN WILL I BE ABLE TO SEE THE RESULTS FROM THE CHIN/JAW AUGMENTATION?

The results should be visible immediately after the procedure. The implants may look a little bigger because of the swelling, but after that subsides and heals, the desired result should be visible.

Office Hours
Get in touch